The European Union (EU) continues to strive towards creating a more efficient European market for investors, the latest step in this process being the introduction of the Undertakings for Collective Investments in Transferable Securities (UCITS IV) Directive. UCITS IV is designed to enhance the existing UCITS framework and provides a number of opportunities and challenges for Europe’s fund industry. Member states have until July 2011 to incorporate UCITS IV and its requirements into national law. Tricia Riddell, Bravura Solutions’ Global Head of Product – Transfer Agency explains.

UCITS IV and what it means to you

At present, fund management companies looking to sell cross-border have separate but similar fund ranges in each European domicile into which they distribute – often meaning they build up a series of smaller pots of assets that lack critical mass. This fund duplication has developed largely due to domestic regulatory and tax barriers for cross-border marketing of funds.

UCITS IV aims to sweep away these regulatory and tax barriers. The directive contains three key modifications of particular relevance to fund managers, providing the opportunity to undertake a strategic review of their product range and management structure. These modifications are comprised of a pan-European management company passport, the facilitation of cross-border fund mergers, and a framework for cross-border master-feeder structures.

UCITS IV managers can either market a single central fund range directly into other EU domiciles or they can elect to have a range of dedicated feeder funds located in each EU domicile. These feeder funds must invest between 85 and 100 percent of their assets into the equivalent central master fund.

These enabling features have the potential to provide a huge upside in the form of operational savings by reducing costs via economies of scale – maintaining or increasing the value of funds under management, but reducing the numbers of funds required to achieve this. Fund managers will save substantially on portfolio management, fund accounting (fewer funds to account for and value) and also potentially on custody (fewer separate positions to hold and reconcile). Additional savings could be generated via lower distribution, marketing and fund management costs.

UCITS IV also provides provision for transfer agency (TA) administration to be performed in the domicile of the fund manager’s choosing. Unhampered by the present ‘minimum local activity’ tests imposed by a number of domiciles, managers can select an administration centre based on cost, availability of experienced staff, the preference of end investors to deal with locally domiciled contact centres or a combination of all three. TA, however, is not likely to be the driving force behind a push to UCITS IV style distribution. This is more likely to be driven by cost reductions in operations such as fund accounting and custody, as mentioned above.

Whilst the UCITS IV legislation is aiming to create a completely open market for funds within the EU, there are certain national characteristics that are likely to create unique requirements for distribution into several of the key EU domestic markets. For instance, in the German and French markets, all distribution is currently performed via a central depository which acts as the prime register for the funds distributed in that domicile. In the Italian market, all cross-border fund sales must be conducted via an intermediary Italian bank (known as Banco Correspondence), which performs the dual role of paying agent and tax collector for the Italian government.

Other EU member states may have specific domestic taxation or consumer protection requirements such as cancellation rights or cooling-off periods, which need to be catered for when distributing into these markets. Similarly fund distribution in some domiciles may be heavily driven by unique tax incentivised products such as UK Individual Savings Accounts (ISAs) that will require systems to apply specific validations on trades and specific interactions with the tax authorities. Subscription limit checking, tax credit reclaims, quarterly and annual reporting are all examples that need to be taken into account.

In addition, each country of distribution may have specific regulatory reporting requirements that they would wish the distributor to comply with, regardless of the country of domicile of the fund being sold.

Finally, the position is still unclear on the tax treatment for investors and management companies associated with cross-border fund mergers and the location / re-location of the management company. Indications are that this is likely to vary from country to country.

Where do I start?

Needless to say, first and foremost fund managers need to decide upon the country in which they want to domicile their centralised fund and the countries they wish to market their range into. In addition, they will also need to determine the physical location of their central TA administration team. This could be a different country to the domicile of the fund range. More importantly, they need to decide how much of the administration operation needs to be physically located within the countries of distribution.

Following on from this, managers must establish the administration requirements for distribution into each of the target countries.

The next step is for the manager to determine whether they distribute the central fund range directly into the target countries or via country specific feeder funds or possibly a combination of the two, according to the distribution domicile. Managers may choose to convert existing UCITS into feeders or to establish new feeders when entering new markets.

All of the above must be resolved, at least for the primary target distribution markets, before the administration model and system requirements can be defined. With the majority of fund managers outsourcing their TA systems, this exercise is likely to be a collaborative effort between themselves, third party administration providers and system solution suppliers.

A number of large organisations have initiated studies to ascertain the viability, as well as system and organisational requirements of a UCITS IV cross-border distribution arrangement. The results of these studies should, over the next two to three years, translate into programs of work to merge fund ranges, launch master-feeder structures, re-locate management companies and consolidate administration centres.

If the enhanced arrangements available under UCITS IV are fully embraced by the fund management industry and the tax barriers overcome, this should be good news for investors in the form of increased choice and lower charges.

While the positive intentions of the UCITS IV Directive is clear, only time will tell if they enable Europe to achieve the consolidation and efficiencies underpinning the success of the US mutual fund market. 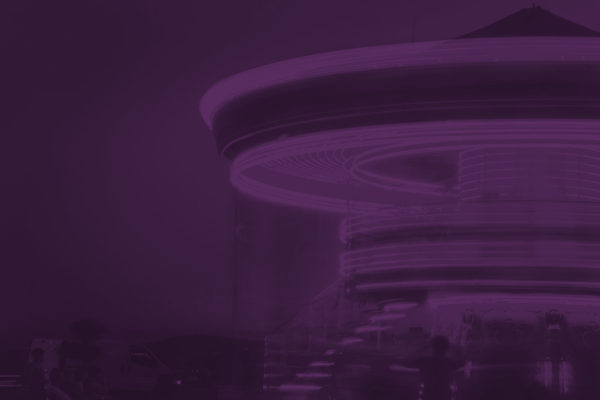 Psychology combined with technology and the moments that matter