Commenting on the past year, Tony Klim, CEO and Managing Director, said, “This year has seen us obtain a number of contracts with new and existing clients, launch new products and take bold, innovative steps in our offerings.

“While our EBITDA has declined marginally, it is predominantly due to increased investment in bringing our flagship wealth management and life insurance solution, Sonata, to market in both APAC and EMEA. We are proud of the growing success of Sonata, the launch of our Babel financial messaging software to the Australian market, a successful venture into the SMSF space for our Garradin private wealth product, our continued market leadership in the European transfer agency market and our growing presence in the UK wrap platform market.

“We are pleased with the improvement in operating cash flow for the sixth consecutive period. The Company maintained its cost management focus, and our utilisation of offshore capabilities in Poland and India to leverage lower cost resources and improve client support and servicing has been a resounding success.”

Industry and platform consolidation, regulatory change and technology automation will be key drivers in the financial services market, and Bravura will continue to develop software that delivers to these requirements.

Sales revenue was attributed to a number of licence sales to new and existing clients both in APAC and EMEA. Maintenance and support fees continued to rise resulting from new business from the previous financial year and additional funds under management resulting in incremental revenue.

Professional services revenue for the year declined due to a number of new sales delayed until the second half of the financial year. Results also reflected current markets within which we operate. The existing installed base continued to enhance systems where required and regulatory change is expected to drive additional revenue in FY2014.

EBITDA declined marginally by $0.9 million over the previous year, a decline of 3.9 per cent.

Continued investment has occurred in the Company’s offshore support and development centres in India and Poland. These operations are extensively utilised for both the wealth management and transfer agency divisions of the business, resulting in effective cost management.

Operating costs continued to decline as a percentage of revenue as the Company expanded its capability and resources in low cost countries and controlled discretionary spending where appropriate. The rate of increase in the expense line is less than that of sales revenue which assists improvement in margins across the organisation.

Cash flow has been a focus area for the Company and improved for the sixth consecutive period. At $25.6 million, it increased by 23.7 per cent compared to FY2012. This highlights the Company’s focus on its cash position and ensuring prudent management of day-to-day operational costs. Sales revenue and cash streams that are more recurring in nature have also continued to support robust cash flows.

In October 2012 ahead of our December debt facility expiry with BOS International, the Company negotiated a new debt facility with CBA.

Final payments for the share buy-back program were also completed in September 2012.

The financial strength within the balance sheet improved significantly with net current assets of $3.1 million in FY2013, compared to a net current liability position in the previous year. Cash on hand grew substantially by 200 per cent due to continued focus on cash management and a reduction in overall days’ sales outstanding. Borrowings include bank facilities and a finance lease relating to the UK data centre and are predominantly non-current following the new CBA facility agreement.

Intangible assets are amortised with no impairment for FY2013. Capitalised R&D increased as a result of ongoing focus on the Sonata road map to meet client and industry needs.

The Company remained within its banking covenants as at 30 June 2013.

On 17 July 2013, Bravura announced that it had entered into a Scheme Implementation Agreement with Stockholm Solutions Pty Ltd (Bidder), an entity owned by funds advised by Ironbridge Capital (Ironbridge), in relation to a recommended proposal which includes the acquisition by Bidder of all of the shares in Bravura not already owned by Ironbridge for $0.28 cash per Bravura share by way of a scheme of arrangement (Scheme) and the acquisition by Bidder of the shares held by Ironbridge pursuant to a separate share sale agreement (Sale Transaction) (together, the Scheme Proposal).

Deloitte, which prepared an independent expert’s report in relation to the Scheme Proposal which is included in the Explanatory Memorandum, has confirmed to the Bravura Board that, having reviewed the FY2013 results released today, nothing has come to their attention that would lead them to revise the opinions expressed in that report and, accordingly, it confirms that, in its opinion, the Scheme is fair and reasonable to minority shareholders, the advantages of the Sale Transaction outweigh the disadvantages and that, therefore, the Scheme Proposal as a whole, including both the Scheme and the Sale Transaction, is in the best interests of minority shareholders.

During the last 12 months, the Company has undertaken a number of major product releases, managed 33 client implementations and completed 56 client upgrade projects across the globe. Bravura also signed eight new contracts with both existing and new clients.

Key strategic relationships with major clients including the Bank of New York Mellon, Citi, VicSuper and Partners Life have been strengthened as these clients continue to consolidate their businesses onto Bravura technology applications and expand their use of the Company’s offerings.

Following our success with Sonata in the market over the past 12 months, we will accelerate its adoption as the wealth management and life insurance application of choice for companies in both the APAC and EMEA regions, specifically in the Australian superannuation and UK wrap platform markets.

Having worked with our first APAC client to deliver our software successfully as a managed service, we expect increasing interest in the hosting capabilities that have been so successful for our UK and European client base.

Commenting on the past year, Chairman of the Board for Bravura, Brian Mitchell, said, “Responding to change; whether it is driven by regulation, consumer demand, market trends or technological advancements remains at our core. Bold and nimble innovation is essential to secure our continued success; we remain dedicated to this innovation into FY2014.” 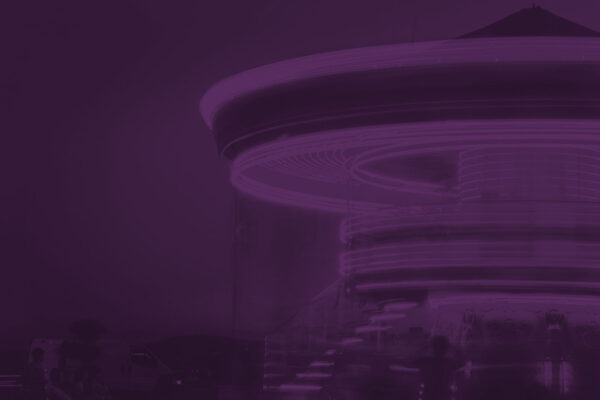